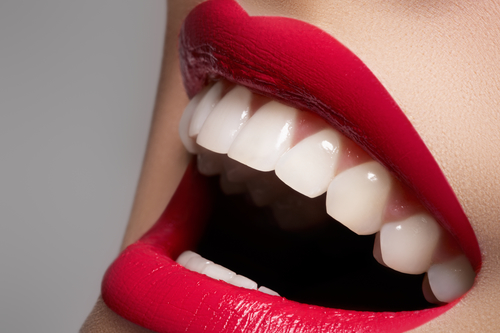 According to the World Health Organization, probiotics refer to live micro-organisms like yeast or bacteria which have the capability to bestow a health benefit when administered in the body in adequate amounts. An important thing to note is that probiotics have to be alive and kicking when administered. Probiotics are available in foods and supplements. The concept behind being administered live micro-organisms may look absolutely weird in the beginning since we consume antibiotics to combat bacteria. However, our bodies teem with these organisms in a natural way.

The human digestive system has more than 500 unique kinds of bacteria. Their main role lies in maintaining the health of intestines and assist in the digestion of food. Moreover, they support the immune system to fight various diseases and make it stronger. Find more about probiotics here.

Probiotics have been used in the past to treat serious gastrointestinal problems. This use has now been successfully expanded to include the prevention and treatment of oral health problems that are associated to bacteria. These include gingivitis, bad breath, tooth decay and periodiontitis. Here is a detailed article on oral care probiotics.

A regular shot of any probiotic milk drink can cut down bleeding and inflammation in the mouth associated to gum disease and gingivitis based on a German study. The Journal of Clinical Periodontology stated that the Lactobacillus casei can improve oral health depending on its impact on the immune system.

Probiotics, which were only linked to gut health a few years back, are now touted to become the functional ingredients in treating gum diseases.

Supplements containing BLS K12 (a probiotic ingredient) is a great product for oral health which was created by scientists at New Zealand-based University of Otago. BLIS K12 is a particular strain of S. salivarius (Streptococcus salivarius) that secretes strong antimicrobial molecules known as Bacteriocin –Like_Inhibitory Substances or BLIS. This awesome product is an oral probiotic that bolsters healthy bacteria inside the mouth for a long period of time, which results in immune support and fresh breath.

Researchers have discovered that probiotics create a film in the mouth that acts as a protective sheath for oral tissues and prevent diseases connected with gums and teeth. The space used by bad bacteria is occupied by probiotics, which thus restricts the multiplication of these bacteria. Consequently, the bad bacteria are replaced by good bacteria which prevent contribution to oral health problems. Probiotics is now regarded as a part of regular dental hygiene besides brushing and flossing.

Even though food particles that are caught between the teeth, in gum tissue and tongue crevices are the main culprit behind bad breath, the more serious cause lies in the bacteria that feed on the debris and grow. The compound sulfur released by bacteria causes the odor which is characterized by bad breath. Bad breath, which is therefore a bacterial disorder, can be eliminated or improved by using products containing probiotics which have the capability to maintain a healthy balance of bacteria in the mouth.  Studies have indicated that the use of probiotic products in the mouth leads to a suppression of foul-smelling gases besides reduction of bacteria that produces odor. Find out more on probiotics and oral health from the Journal of Dental Hygiene.

An important oral health issue which has been identified recently as a main target for the use of probiotic products is Halitosis. This is a condition in which buildup and growth of bacteria leads to plaque besides inflammation of gums and teeth. Researchers have found that probiotics can cut down both gum inflammation and bleeding linked to periodontal disease. Get connected with Aesthetic Dental and Specialty Center to get help for tackling various kinds of oral disease including the use of probiotics now.

Periodontal disease can be grouped into two categories. These include periodontitis and gingivitis. Gingivitis is the inflammation of the gingiva while periodontitis is a progressive disease that affects the tissues of the teeth, which includes the alveolar bone. Researchers at the University of Maryland Medical Center found a connection between periodontal disease and autoimmunity. In periodontal disease, a certain type of anaerobic bacteria leads to the buildup of calculus and plaque, which eventually permits the release of toxins. The released toxins stimulate the immune system to produce a class of proteins referred to as cytokines. Cytokines influence and modulate the immune response, thus determining the degree of severity of periodontal disease from person to person.

In their efforts to dramatically scale down the release of cytokines by the pathogenic bacteria, researchers and dentists have found that the probiotic- S.salivarius K12 or BLIS 12 can effectively reduce the risk of periodontal disease.  Find out how BLIS 12 reduces the destructiveness of periodontal disease here.

From cavities to bad breath and periodontitis, all your oral problems have their roots with undesirable bacteria building up in your oral cavity. By introducing good bacteria in the mouth through probiotic supplements, the amount of harmful bacteria is significantly reduced, which improves the health of the mouth environment. You should contact your dentist now on finding the best probiotic product for you. One such product has been created by Effi Foods, which in collaboration with wellness experts and dietitians from Cleveland Clinic has created the healthiest supplement for you without sacrificing on the taste. These products can work wonders for your overall health including oral care. These have been used by many people worldwide with great success stories. In addition, following the advice from expert dentists can reduce the dangers imposed on your oral cavity. It’s better to start taking care of your oral health now than never.

One thought on “Probiotics for gum disease and periodontal health”