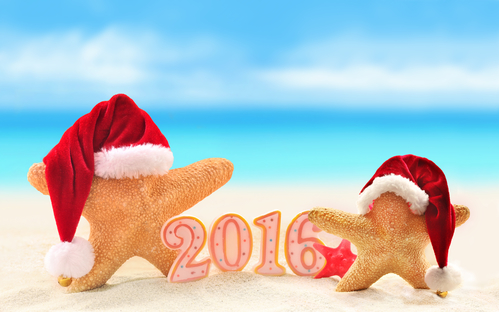 New Year comes just once a year, so it’s worth making the festivities memorable and fun filled with frolic and laughter. But where’s the best place to celebrate the grand occasion when the clock strikes midnight on the 31st of December? There are plenty of places to choose from this year, and we have compiled a list of the best annual celebrations at some of the best destinations in the world. This is also the time when top artists from across the globe will be looking to amp up the holiday spirit with some great concerts.

It’s hard to deny that New York City has an ambience that few other cities can match when it comes to celebrating New Year. The most famous is the annual gathering of countless individuals in Times Square to watch their favorite musicians and artists perform. This year, Brooklyn’s Barclays Center will seem like a tropical paradise when American singer-songwriter, Jimmy Buffet, will swing in for a New Year’s Eve concert. The “Margaritaville” singer is sure to delight your senses with a long list of beach-ready songs.

Join party-goers who will be gathering along the South Bank, as you impatiently wait with baited breath for one of the world’s most fantastic firework shows to begin. After the chiming of Big Ben at midnight, the sky lights of London will be up for ten minutes, with close to a million people in attendance. The best way to experience this awesome night is by hiring a party boat, which will take you from Festival Pier to the Thames Barrier and then back to Big Ben for the ultimate crescendo. You can also choose to party in the top clubs of London-some places require entry tickets, so place your booking in advance and make the most of the New Year’s Eve.

Rio De Janerio is crazily popular for its carnival festivities. The second most celebrated festival in the city is New Year. The famed  Copacabana Beach is home to the world’s wildest and largest New Year’s party, in which an excess of two million merrymakers cram on to the long stretch of sand. This unique celebration, commonly known as Reveillon, combines superstitious, traditional and religious beliefs. People are dressed in white and toss colorful flowers into the ocean as gifts to the goodess of the seas.

You will find more than 300,000 revellers descending on this party capital for the mammoth event. During this time, no cars are allowed to ply on the Las Vegas Strip and the place transforms into a giant street party with pyrotechnic displays, laser shows and live bands.

American singer, Bruno Mars, who launched the cosmopolitan of the affluent music venue in Las Vegas two years back, will be returning to perfrom just a single show this year on New Year’s Eve. Furthermore, Britney Spears will be participating in a live show on the 30th and 31st of December. The show will feature an arsenal of the singer’s most adored hits with innovative choreography, in a nightclub setting.

EFFi Foods® @EFFiFoods
RT @SharonPalmerRD: Paint your plate red this #holiday season with this collection of 40 #PlantBased Ruby Red Holiday Recipes which are per…
(about 15 days ago)
Follow @effifoods