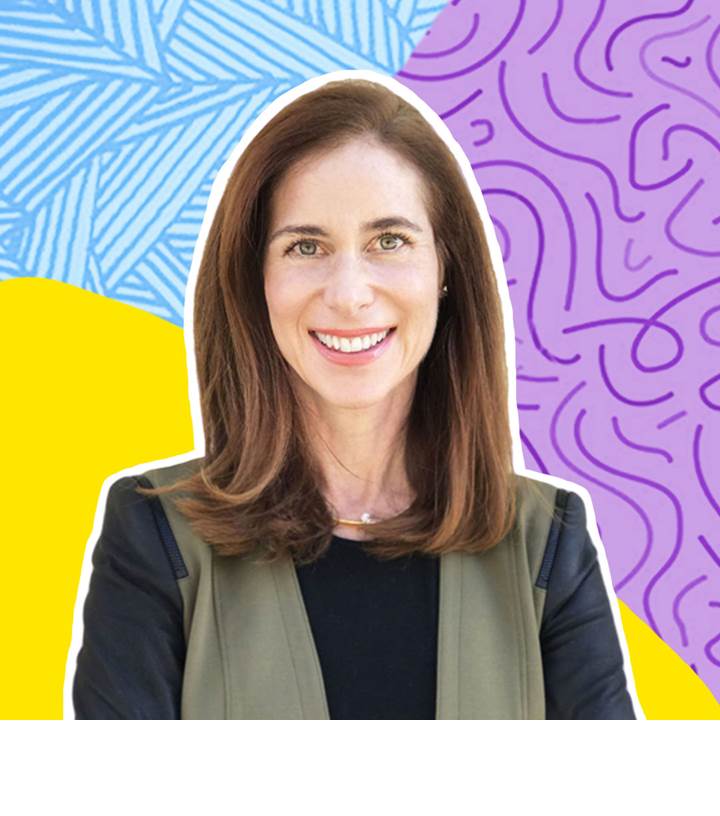 With every sunrise, my monolith hope calls out for clarity and balance to overtake the world; by the time the evening smog settles in, the realization hits that yet another day has diagnosed my dreams as a borderline utopia.  To re-establish the stolen sanity I reach for that ‘bready’ little something, that ‘carby’ little crumb!

In the era of self-love prophecy I, just like everyone else, got it all wrong. Through vices (that make us feel good for a hot second) I believed I “showed” love to my own self through indulging in what seemed an innocent affair: everything carbs.

But aren’t what we crave the most and are addicted to is what “kills” us, too? Dramatic? Not exactly.

When I found out I have celiac disease my whole body became the loudest riot against the diagnosis, living in denial and screaming to the bread: “Don’t worry, I’m never gonna give you up! I’m never, ever gonna stop!”

It’s now been five months since I adopted a 100% gluten-free diet.

So many dollars and doctors later, the disconnected medical community couldn’t piece together skin issues like eczema, digestive and psychological problems. Dear dermatologists, gastroenterologists and therapists – hello! It was gluten!

At Root Cause Medical Clinic in Sunnyvale, California, Dr. Vikki Petersen and her team correctly diagnosed my condition before I even did a food allergy test.

Many people still suffer from a variety of symptoms that don’t have an apparent correlated linkage, leaving them confused, over-prescribed and in despair.

An integrative medical approach not only saves money, time and helps avoid unnecessary pain and suffering, but it also gives us the most incredible tool against ignorance – knowledge. When we know the root cause of a symptom it means the road to healing is already fifty percent walked.

I still love my gluten-free bread but I don’t have a co-dependent relationship with it anymore.

Because the world sometimes is so hard to digest I make sure the food on my plate is not.

Carina Ayden: What is the difference between celiac disease and gluten sensitivity?

Dr. Vikki Petersen: Celiac disease is an autoimmune disease affecting 1% of the population, although that percentage may rise as the population of those affected ages. Some studies cite 5%.

Gluten sensitivity is a reaction to gluten by the immune system that can create a variety of symptoms including brain fog, fatigue, headaches, joint pain, digestive problems and more.

CA: What are the most common gastrointestinal side effects of gluten?

CA: We were surprised to find out gluten can cause headaches, lethargy and oral ulcerations. It can also cause a variety of neurological diseases, including anxiety and ADHD, and can even suppress the immune system. What are the mechanisms by which gluten affects the immune and neurological systems?

Dr. VP: Gluten is neuro-inflammatory meaning it has the ability to inflame the nervous system. Depending on the individual affected, such inflammation could cause headaches, fatigue, seizures, anxiety, depression and more.

Gluten is a very large complex protein that, for humans, is impossible to digest. That may sound odd that something we consider to be a food is impossible to digest, but I don’t say that lightly. Proper protein digestion involves breaking a protein down into its component parts, or amino acids. The gluten protein cannot be digested by humans. The “joke” so often quoted is that it takes a cow with its 4 stomachs to properly digest the gluten protein.

Undigested pieces of the protein leave the gut and can circulate through the body creating a host of symptoms and conditions – about 300 in all. When such inflammatory segments, or peptides, get to the nervous system, the symptoms you mentioned can occur.

It’s also important to note that gluten (and dairy) are unique in their morphine-like effects upon the nervous system. Specifically gluteomorphins (and caseomorphins) create addictive responses that cause us to crave gluten and dairy products. Have you ever noticed how “comfort foods”, i.e. macaroni and cheese, apple pie, all contain gluten and or dairy? They truly are addictive neurologically.

CA: Is it true that gluten can cause a variety of skin conditions? Please name a few.

Dr. VP: The skin reflects the health of the gut and yes, eczema, unexplained rashes, “chicken skin”, psoriasis and DH (dermatitis herpetiformis – the skin condition of celiac disease) are all potentially caused by gluten.

CA: How long does it take for the human body to heal and bounce back after switching to a 100% gluten-free diet?

Dr. VP: That’s a BIG question. There are a few different scenarios. You can see someone who within a few days notices a definite and sometimes dramatic improvement in their symptoms. Others can take 6-8 weeks to notice a change. Still others go gluten-free and don’t notice much difference. The final scenario is the person who does notice a change but the benefits don’t last.

I’m not trying to depress you but it’s very common for a patient to notice an improvement upon going gluten-free but the benefit doesn’t last. The reason why is interesting.

The elimination of gluten was a good thing, which is why the body responded positively. The improvement didn’t last because other stressors need to be addressed in order for the body to truly heal and “bounce back” as you put it.

I call these the secondary effects of gluten and it’s something we never miss evaluating for because we know how critical they are to be identified and treated. Secondary effects include:

Tests exist to determine if such things are present, which they most always are in someone with celiac disease or gluten sensitivity.

CA: When a person goes to see a physician for anxiety, eczema or any neurological problem he or she will most likely be prescribed antidepressants and topical creams. When the root cause of a bouquet of symptoms lies simply in someone’s diet, why do people have to spend so much money and suffer extensively instead of being tested for gluten sensitivity right away? What is being done to make this mandatory testing in every physician’s office?

Dr. VP: When I first began my gluten adventure over 20 years ago, the rate of diagnosing celiac disease was about 5%. In other words we missed 95% of those suffering. Gluten sensitive individuals were missed completely. When I wrote The Gluten Effect in 2009 there wasn’t even an accepted term for someone who reacted to gluten but who didn’t have celiac disease. I remember deciding upon “gluten sensitivity” when writing the book. It was several years later before there was any agreement that gluten sensitivity was an actual bonafide condition.

Twenty years later we diagnose about 10% of our suffering celiacs. Five percent increase in 20 years is dismaying, to say the least.

The food industry has increased awareness of “gluten” internationally and for that I am grateful. More people know about it and wonder if it’s affecting them. The problem with mandatory testing is we don’t yet have a perfect test. There is decent testing for celiac disease but it’s not perfect. There is also strong testing for gluten sensitivity but it hasn’t been accepted yet.

Basically, if you have ruled out celiac disease yet feel much better on a gluten-free diet, you can assume you are gluten sensitive.

CA: In your clinic, you have a very extensive patient questionnaire and some questions are very uncommon compared to most medical offices I’ve been. I remember being told my answer to one of those “unusual” questions was “a tell” that I have celiac disease. I think I said that out of all food, bread, pastries and all carbohydrates were “my only vice”. Besides any ‘hard evidence’-type of symptoms that specific answer directed you to suspect that I was gluten intolerant. Is it true that what we crave the most is usually what is not good for us?

Dr. VP: Yes, I remember well that red flag going off in my head when you said that. Recall earlier we spoke of gluten’s addictive mechanism, the opiate response. So yes, someone who says they “live on” bread, pasta, and the like, will often have a negative reaction to it. I don’t often find patients “craving” something that’s truly healthy for them. They might like it, but the craving tends to come from a more negative place.

CA: Do you eat out often or do you prefer to cook at home? What is your go-to gluten-free and plant-based dish?

I do a lot of creating on the spot but I’m always trying to include the best of the best ingredients so every meal is truly healing.

EFFi Foods® @EFFiFoods
Clean power is.... clean (duh). It’s sustainable and cost effective. We disagree with a few politicians, who still… https://t.co/ApnoCThl6t
(about 29 days ago)

EFFi Foods® @EFFiFoods
A typical breakfast in 2890 is not going to be served in a tube😅Chickpea Granola will contain new probiotic strains… https://t.co/uUitC9ANEL
(about 34 days ago)

EFFi Foods® @EFFiFoods
Curious about gluten? Here’s the interview our Founder did with Dr. V Petersen who unveils some pretty crazy myths… https://t.co/ViQEikzZXz
(about 40 days ago)
Follow @effifoods