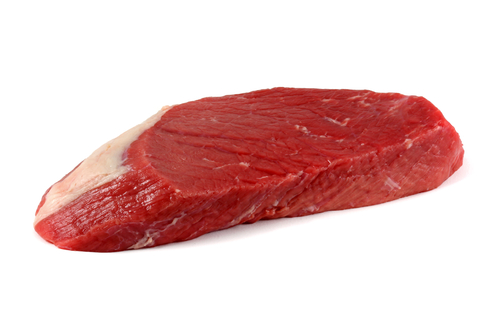 Public awareness of the health and environmental implications of industrialized meat production is encouraging more people to turn to plant-based diets. The reality, though, is that meat isn’t going away anytime soon. However, here is something that is poised to disrupt the meat industry over the next decade and sustainably and affordably feed the exponentially growing global population.

Growing real meat without the animal in a clean environment may appear futuristic but let’s look closely at the revolutionary yet-to-be-disruptive in-vitro meat technology.

As more and more press about global warming floods our media channels there are scientists working on the front lines of the sustainable food revolution: in laboratories. In one of the least appetizing forums, scientists are now utilizing “tissue-engineering” technology to manufacture the meat products of tomorrow. Known as in-vitro meat or cultured meat, this new technology aims to produce animal meat but without using the animal. Fundamentally, stem cells are painlessly harvested from live animals, which then proliferate and grow independently in a nutrient-rich culture medium. Once the cells have multiplied, they are attached to a “scaffold” and soaked with nutrients. They can even be mechanically stretched or “worked out” to increase their size and protein content!

The result is a cultured meat free of any genetic manipulation, animal cruelty, or the negative environmental impacts of mass market meat production.

In August of 2013 the first in-vitro beefburger, created by a Dutch team of scientists led by Dr. Mark Post from Maastricht University, was cooked and eaten during a demonstration for the London press. Also involved is Gabor Forgacs, a researcher at the University of Missouri and founder of Modern Meadow, a start-up company aiming to develop and market cultured meat. The two of them understand some of the major obstacles to cultured meat but also recognize the enormous impact this technology can have on the health of our global population and planet.

Not only would we be able to avoid animal suffering, but technicians growing meat in labs wouldn’t develop the asthma, eye inflammation or chronic bronchitis experienced by workers in confined animal feeding operations (CAFOs). A study conducted in North Carolina found that people who lived in close vicinity to hog farms developed more headaches, runny noses and diarrhea. Furthermore, CAFOs risk contaminating local drinking water with nitrates from animal waste which can lead to miscarriages, cancers, congenital malformations and “blue baby syndrome.” Meat grown in labs wouldn’t be 100% safe, but it would significantly reduce the possible exposure to food-borne pathogens such as Salmonella, Listeria, E. coli or campylobacter. Additionally, cultured meat would be free of growth hormones, pesticides, tranquilizers, or de-wormers. And an independent study found that beef grown in the laboratory uses 45% less energy, produces 96% fewer greenhouse gas emissions and utilizes 99% less land than conventional methods.

It is impossible to deny the future financial, health, animal welfare and environmental advantages to manufacturing in-vitro meat over traditional meat. Theoretically, a single animal cell could produce enough meat to feed the global population for 1 year. This shows the potential of in-vitro meat production and how it could be efficient enough to supply the growing global demand for meat. Ultimately, industrialized intensive farming needs to be replaced and cultured meat would undoubtedly be a progressive step towards improved health, animal welfare and ecology.

New Harvest. (2013). What is Cultured Meat? Retrieved from www.new-harvest.org/cultured-meat/faq/

EFFi Foods® @EFFiFoods
RT @funnybrad: I’ve set up a GoFundMe to send brave Quaden and his mother to Disneyland. Let’s show a bullied kid that he is loved! https:…
(about 250 days ago)
Follow @effifoods