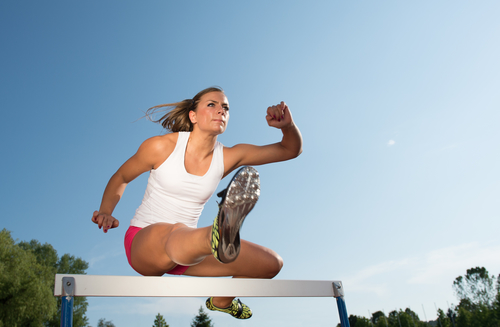 When it comes to sports and athleticism, most people are often of the opinion that animal protein proves to be the best supplement for professionals. The truth though seems to differ or at least not be totally true. The 2016 Olympics saw a number of athletes winning medals and waving their country’s flag high, all of whom are noticeably followers of the vegan diet.

Benefits of a Vegetarian Diet for Athletes:

Though a non vegetarian diet, with optimum access to eggs, poultry, fish and meat proteins, does prove to be beneficial for athletes; the vegetarian diet too has put forward its own benefits that are prominently helpful. Some of these benefits include-

With the consumption of more vegetables and fruits, the body gets a nice natural scrubbing action done on the inside. This happens when the body tries to digest the fibres present in the vegetables and the fruits. It is these fibres, present in these vegan food elements that help to minimize belly bloat while optimizing the digestive process. The elimination of the bloat from the belly helps in better performance during training. Leaving meat out from your diet also ensures that there is no hype in your cholesterol level and hence the veins and arteries in your body stay clog free.

A vegan diet is characterised with low levels of saturated fat and cholesterol. This ensures that your cardio vascular activity upgrades quickly to it most efficient functioning. The efficient running of cardio vascular system ensures, more stamina, which in turn allows an athlete to jump higher, run for a longer duration of time, and also spend more hours training. An athlete can do, all this and more, without tiring often or giving up to pained bones and muscles.

One of the main reasons that more and more athletes today are converting to vegetarianism is the kind of endurance it builds in them. A plant based diet is dedicated towards improving one’s performance in training and tournaments through increasing their overall stamina and endurance. This allows longer hours of practice and precision.

An overload of saturated fats and carbohydrate might often make it excruciatingly hard for athletes to remain in shape. On the contrary since a vegan diet eliminates both these factors; it becomes superiorly easy for vegan athletes to maintain their physicality.

The truth of the vegan diet is that it is here to offer a variety of benefits to the athletes and help them work towards achieving their goals and medals efficiently. This was the case noticed in 2016 Olympics as well, when the following athletes who followed a plant based diet, won medals.

Athletes who followed a Plant based diet and won a medal at 2016 Olympics:

The following athletes proved that a plant based diet, is very effective when it comes to increasing endurance, polishing performances and winning medals.

Two names that have captured the hearts and conscience of the sports community with their brilliant performances and medal winning streak are Venus and Serena Williams. Both sisters are recognised for making the second and third fastest serves on the tennis ground and also for their overall power and athleticism. On being diagnosed with Sjogren’s syndrome which causes extreme amounts of fatigue, medical experts recommended Venus to change her diet and adapt to a raw vegan diet. After this, her sister Serena also adopted the same diet and still went on to achieve their goals.

Novac, from Paris won his very first French open title in 2016. The athlete follows a plant based diet, which is also gluten free. He is one of the very few athletes who follows this diet and is also boasting the advantages of the same, with his French open trophy. It is in 2010 that he realised that he was allergic to any food that contained gluten and hence cut it off from his diet for once and for all.

Lizzie Armistead, from Britain, has come to become a house hold name after her noticeable achievements in the Olympics 2012 and also scored gold in the common wealth games 2016. She won silver in cycling and has proclaimed her position as one of the best cyclists in the world. Lizzie is healthy inside out. While her regular cycling has much to do with it, her nutritious vegan diet cannot be ignored all together either. She has lost a considerable amount of weight thanks to the diet and has also gained a renewed amount of stamina, strength and agility as a result of a plant based diet.

Morgan Mitchell is one of the best sprinters Australia has produced. This Melbourne based athlete remained unbeaten in all 12 national races and also in the Olympics in 2016. She is a proof that plant based diet is in no way less than a no-vegetarian diet and sometimes even better.

Over the span of the last decade more and more individuals and athletes are changing their diet and taking up the vegan way of life. It is healthier and also more convenient. Stay fit and stay healthy with plant based diets.

EFFi Foods® @EFFiFoods
RT @funnybrad: I’ve set up a GoFundMe to send brave Quaden and his mother to Disneyland. Let’s show a bullied kid that he is loved! https:…
(about 44 days ago)

EFFi Foods® @EFFiFoods
RT @DalaiLama: The purpose of life is to be happy. This is what all human beings have in common—the wish to lead a happy life. Many think t…
(about 44 days ago)
Follow @effifoods