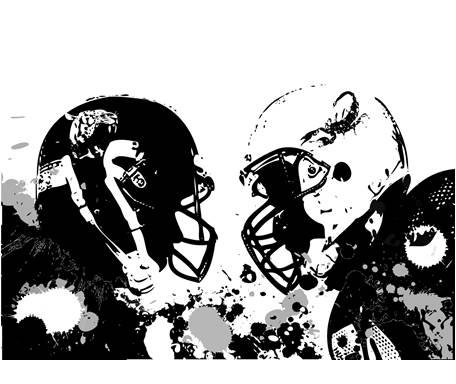 In the world of the NFL, professional football players are always looking for their competitive edge. While we prepare to sit and watch this year’s Super Bowl 52, NFL players are either striving to make the big game or are already getting a head start on next season. When it comes to diet one can only imagine the lengths these athletes go to fuel their bodies. But there’s a popular trend brewing in the NFL revolving around a plant-based diet that’s making even 300+ pound lineman reconsider what they’re eating for dinner. These vegan athletes are ahead of the curve and have nothing but rave reviews about how a vegan diet has improved their game.

Theo Riddick, RB Detroit Lions: “Watching things like ‘What the Health’ is alarming on a lot of levels because of a lot of things you don’t know in terms of things you eat on a daily basis such as chicken and drinking milk has no nutritional value. You have to be conscious of what you’re putting in your body.”

Trent Williams, OT Washington Redskins: “You feel an overall difference with your energy. I’ll never go back to eating meat. There’s no temptation.”

Bennie Fowler, WR Denver Broncos: Asserts his decision to eat vegan explains the improvement in performance on the field, making him feel faster and lighter.

Tyrann Mathieu, S Arizona Cardinals: “I was tired of eating poison and was tired of supporting people that don’t support us in a healthy way.” Tyrann is also credited for bringing attention to the dangers of keeping animals locked in hot cars through his viral YouTube video.

Griff Whalen, WR Baltimore Ravens: “Nutrition plays a huge part in how quickly you can recover, how hard you can push yourself the next day. I feel like following a plant-based diet has helped me tremendously.”

Derrick Morgan, LB Tennessee Titans: “My energy levels have gone up. And it’s just putting in good fuel to your body. It’s worth it for me staying on top of my health.”

Arie Kouandjio, OG Washington Redskins: Was introduced to veganism through teammate Trent Williams and recently switched to a vegan diet after watching ‘What the Health.’

David Johnson, RB Arizona Cardinals: “We’ve learned that meat is bad for you. But it’s really where you get the meat from and how much you eat of that meat each sitting, because most Americans eat lunch, dinner, supper and it’s always meat and it’s always a huge portion. We’re just learning about that stuff.”

Brandon Mebane, DT Los Angeles Chargers: “Once you educate yourself on meat, you have a new mindset. You have a mindset of what you put into your body and what’s good for your body.”

Wesley Woodyard, LB Tennessee Titans: “I feel like a 20-year-old.”

EFFi Foods® @EFFiFoods
RT @funnybrad: I’ve set up a GoFundMe to send brave Quaden and his mother to Disneyland. Let’s show a bullied kid that he is loved! https:…
(about 96 days ago)

EFFi Foods® @EFFiFoods
RT @DalaiLama: The purpose of life is to be happy. This is what all human beings have in common—the wish to lead a happy life. Many think t…
(about 96 days ago)
Follow @effifoods