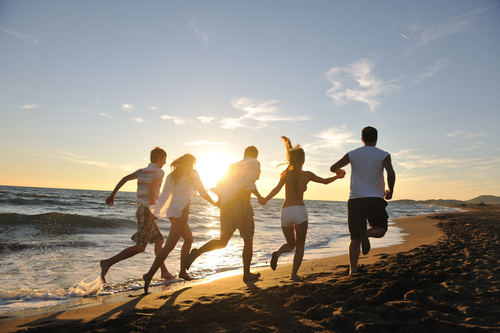 Eating well doesn’t only improve your strength but also acts as an excellent fuel for your brain. Scientists have found that consuming walnuts everyday can improve your memory. Adults who were administered 13g of walnuts every day performed better on cognitive tests. But what are the other snacks that can make you intelligent? Here are four foods that have the ability to boost your brain cells.

Evidence gathered at US-based Tufts University  suggests that consumption of blueberries can be greatly helpful in improving short term memory loss or even delaying the process. Researchers found that the fruit, which is also known as ‘nature’s superfood’, improves concentration and memory up to at least five hours. They also discovered that flavonoids, compounds contained in blueberries, interact with nerve cells, improving communication between them besides boosting the regeneration of brain cells. This is why people suffering from Alzehimer’s disease are suggested to consume blueberries on a routinely basis.

Eating tomatoes is great for the brain according to a team of researchers at the French Institute of Health and Medical Research. They found that cerebral ageing is linked partly to a dearth of certain carotenoids, particularly zeaxanthin and lycopene. Carotenoids are plant pigments that are largely responsible for yellow, orange and red hues in many vegetables and fruits. They also play a huge role in retaining memory, and tomatoes are rich in carotenoids. Lycopene regulates genes which influence brain growth and inflammation. Studies have shown that people with mild cognitive impairment have reduced levels of carotenoids.

Broccoli is a strong source for two important nutrients that assist in the proper functioning of the brain.  These include Choline and Vitamin K. The former is known to improve memory while the latter strengthens cognitive abilities. The vegetable also has a significant presence of folic acid that can stave off Alzehimer’s disease. A research published in the Journal of Neuroscience states that a chemical called sulforaphane, found in broccoli and some cruciferous vegetables, can improve the condition of the blood-brain barrier in case of impairment. The blood-brain barrier refers to a membrane structure whose main role is to safeguard the brain from detrimental chemicals present in the blood.

Our brain, similar to all other organs in our body, depends on a steady flow of energy to work at its optimum level. Our power of concentration is associated to the supply of glucose to the brain. Whole grains having a low glycaemic index or GI are great for the brain as they release glucose into the bloodstream steadily and slowly. On the other hand, carbohydrates like pasta and white rice result in the rising of energy levels which ultimately crash. This leaves your brain feeling exhausted and weak.