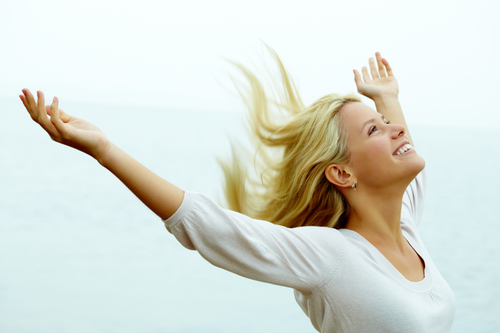 2016 looks promising for health-conscious people to remain upbeat and motivated. Here are the top 10 reasons on why you should get enthusiastic about wellness in the New Year.

The U.S. Food and Drug Administration has now taken major steps to enforce safety standards of produce farms while making importers responsible for validating that imported food meets the safety standards as laid down by the organization. This is to prevent food borne illness and other problems before they occur.

In a recent article by USA Today, reporter Bruce Horowitz stated that young consumers are greatly concerned about healthy and clean eating. Sales of natural and organic grown products have enjoyed a 28% increased year-over-year.

McDonald’s has started rolling out calorie counts on its menus all across the nation. This can help you see exactly what you are eating. This step was taken by the world’s largest chain of fast food restaurants after the health care bill was passed.

New York City’s latest stab at reducing resident’s waistlines prohibits the sale of sodas higher than 16 ounces. Switching to a 16-ounce soda from 20-ounce once every day saves close to 14,600 calories per year.

The CEO of SeaWorld Entertainment announced in the month of November that the killer whale shows at San Diego would be phased out by the early part of 2016. This would greatly have a positive impact on the life of the creature and the world in general.

More and more people are discovering the joy of meditation and silence for better mental health. This is why many silent retreats have cropped up in the last few months which can change the climate of your mind from confused to clarity and stormy to quietude.

With the world going fully digital, more than 165,000 health apps are available to consumers who want to monitor the progress of their health closely. A health app gives you the required motivation and inspiration to maintain quality health.

Lots of people are choosing a vegan lifestyle because of the huge number of advantages associated to it. Some of the benefits include younger looking skin, eternal youth and increased energy among others.

With June 21st being celebrated as the International Yoga Day, this age old practice has been propagated as one of the holistic ways to remain active and fit. Many people are turning to yoga since it helps to combat certain medical conditions like heart disease, stress, weight troubles, diabetes and much more.

Picking up alternatives to sugar and milk is slated to be a huge hit in 2016. The year 2015 witnessed a huge rise in the US market for sugar and milk substitutes. The reason behind this was basically focused on healthy eating. Purchases of sugar have fallen by 4.4% compared to last year, as stated by Nielsen data.

EFFi Foods® @EFFiFoods
RT @funnybrad: I’ve set up a GoFundMe to send brave Quaden and his mother to Disneyland. Let’s show a bullied kid that he is loved! https:…
(about 39 days ago)

EFFi Foods® @EFFiFoods
RT @DalaiLama: The purpose of life is to be happy. This is what all human beings have in common—the wish to lead a happy life. Many think t…
(about 39 days ago)
Follow @effifoods