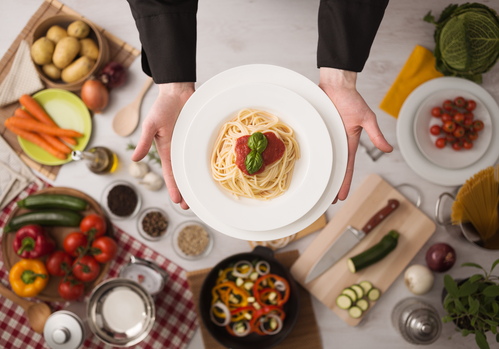 Lost Angeles is now the best place for vegans according to new reports from PETA. The place certainly has more vegetarian eateries compared to most cities.

Here’s our pick of the top ten restaurants in LA which caters to pure vegans. Most of the foods are organically grown. Check out the list and try out the ones closest to you.

Along with Ann Gentry, Tanya Petrovna is part of the famous Real Food Daily which was launched in June 1993. They serve a 100% plant-based menu utilizing foods grown with their exclusive organic farming techniques.

The Veggie Grill transformed American favorites, such as nachos, buffalo wings and mac ‘n’ cheese. For those who unfamiliar with the place, The Veggie Grill is widely famous for mock-meats which are veggie proteins, and are more approachable.

Elf Café is a vegan restaurant, with 17 dishes listed as either adaptable or vegan. Chef Scott Zwiezen serves dishes mainly with Mediterranean flavors. Reservations are heavily recommended since open table is a rarity.

Stuff I Eat  is based diagonally across from the presently-closed Inglewood Fox Theatre. The mission of the restaurant is to create a disease-free community with healthy, quality food. They are 95% organic and have a “transitional menu” for those wanting to switch to a plant-based diet from an animal-based diet. http://www.stuffieat.com/

Native Foods Café is perhaps the best vegan-friendly dining in Los Angeles. The menus are available in wheat-free, soy-free and nut-free versions, with food allergies being taken very seriously.

Flore Vegan Cuisine serves some of the best brunches in the city. This is a purely organic vegan restaurant which features a deli counter besides sit down indoor as well as outdoor services. They have an impressive vegan menu with gluten-free alternatives in a homely ambience.

Like most vegan restaurants in LA, Seed Kitchen has an attractive menu, with the foods being listed as macrobiotic and vegan. The food is upscale in test, yet affordable.

Vinh Loi Tofu was launched by Kevin Tran and many hail it as a tofu factory. Tofu can be a great thing, particularly when prepared freshly. The restaurant boasts of delicious vegan Vietnamese dishes which are served in a simple and bright space.

Launched by the founder of the Soto Zen school, Shojin has a lot to offer to their customers more than their foods. The restaurant has subdued lighting and sleek furnishings throughout. Shojin is heavily famous for ramen and sushi without depending on either meat or sea food.

EFFi Foods® @EFFiFoods
RT @funnybrad: I’ve set up a GoFundMe to send brave Quaden and his mother to Disneyland. Let’s show a bullied kid that he is loved! https:…
(about 39 days ago)

EFFi Foods® @EFFiFoods
RT @DalaiLama: The purpose of life is to be happy. This is what all human beings have in common—the wish to lead a happy life. Many think t…
(about 39 days ago)
Follow @effifoods